Toasted Yolk Cafe has rolled out another new, limited-time menu, “Let’s Toast with French Toast”. Whether you prefer sweet or savory, they have you covered with some great new food options and a stellar spiked cold brew to go along with their new offerings.

Just a little bit about the Toasted Yolk; their philosophy in their mission statement is “We only use the highest quality products and make things from scratch daily.” This certainly has proven true on every visit to any of their restaurant’s locations. My family and a couple of friends joined me for a sampling of Toasted Yolk’s new menu offerings. 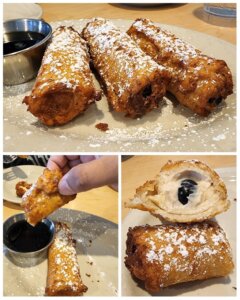 We had a hard time choosing, so we made breakfast appetizers a thing. Round one was the French Toast Rollers – Toasted Yolk’s sourdough bread topped with a sweetened cinnamon cream cheese and fresh blueberry filling and rolled up then bathed in French toast custard and fried to golden brown and served with Blackburn’s maple syrup. This is such a great combination of flavors; we could totally see this dish served in paper boats at a festival or at the Houston Livestock Show and Rodeo. These Rollers may be a new family favorite and are a nice change from the go-to Toasted Yolk standard, donuts “Churro Style”, the cake donuts dusted with cinnamon and sugar served with warm caramel dipping sauce. That being said, if you haven’t had the churro donuts before, I would definitely add them to your list to try. 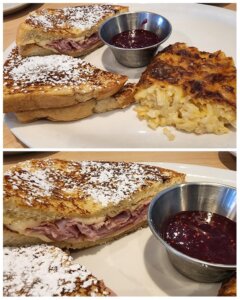 Round two was the French Toast Monte Cristo. I firmly believe that not enough restaurants serve a well-executed Monte Cristo. The Toasted Yolk’s version of combining it with French Toast is genius. Two thick-cut hearty sourdough slices filled with hand-sliced ham and Swiss cheese, bathed in TYC signature custard and grilled until golden, then dusted with powdered sugar and served with a Dijon raspberry spread. The Monte Cristo is served with a side of the world-famous Toasted Yolk Cafe hashbrown casserole.

All the elements of this brunch dish were on point – savory, salty, and hints of smoky and sweet. The Dijon raspberry spread paired beautifully with this sandwich. 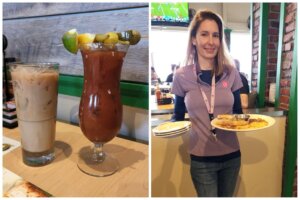 Let’s talk cocktails – The new Spiked Cold Brew – Signature Cold brew coffee that is brewed in-house for over 16 hours. Served over ice, with vanilla, milk, and 1876 Texas Vodka. Superb! An ideal amount of sweetness and you could definitely taste the kick of the Vodka.

Toasted Yolk Cafe didn’t forget about the kiddo with the new feature. French Toast PBJ!  Thick-cut sourdough bread, topped with creamy peanut butter and sweet jelly, dipped in the TYC custard, and grilled to perfection. Served with your choice of side and a drink. Our son chose fruit and added a side of crispy bacon which cut through the sweetness of the French Toast. 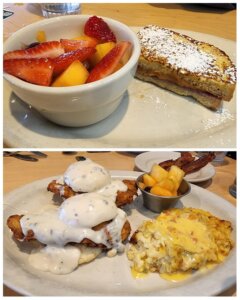 We had to add a Southern Arnold from their excellent variety of eggs benedicts. The Southern Arnold – Two biscuit halves topped with two hand-battered chicken tenders, two poached eggs, and covered with country sausage gravy. The Arnolds (Toasted Yolk’s take on Eggs Benedict) is always excellent here; the chicken was perfectly fried and seasoned. We found out something really cool about their Hashbrown casserole, now you can get them topped. Hashbrown toppers options are chili, onions, queso, jalapeños, or junkyard (which is all the toppings). We chose queso topped and it made their already amazing hashbrown casserole even better!

All in all, this new season of limited-time specials is a must for anyone who loves French Toast and wants to try some pretty cool versions of this classic breakfast food.

More about the Toasted Yolk Cafe –

“Chris Milton and Mathew DeMott opened the first Toasted Yolk Café in 2010. The mission was to provide a unique breakfast and lunch experience that was better than anything else they could find. To achieve that goal, the Toasted Yolk curated chef-inspired menus full of fresh, mouth-watering takes on our favorite foods. We paired them up with delicious juices, coffee creations, and hair-of-the-dog cocktails in a restaurant where fun was the priority.” 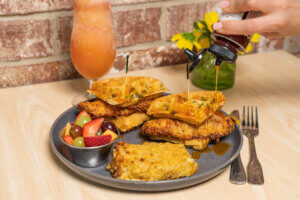 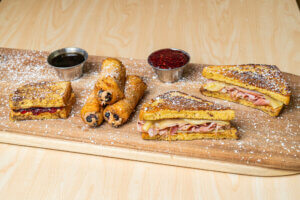 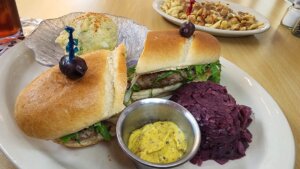 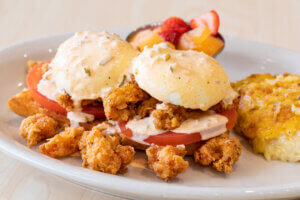 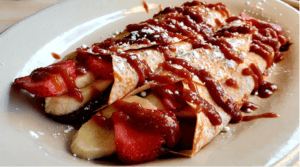 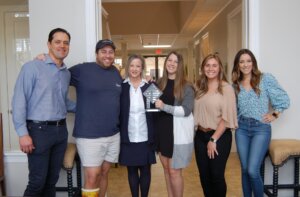 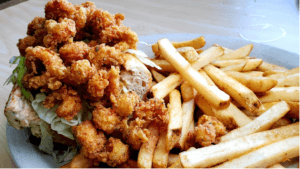 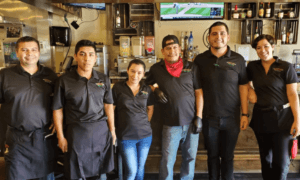 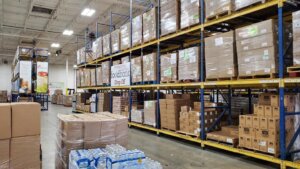 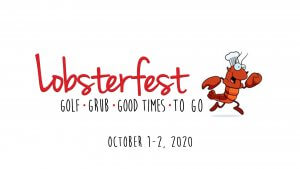 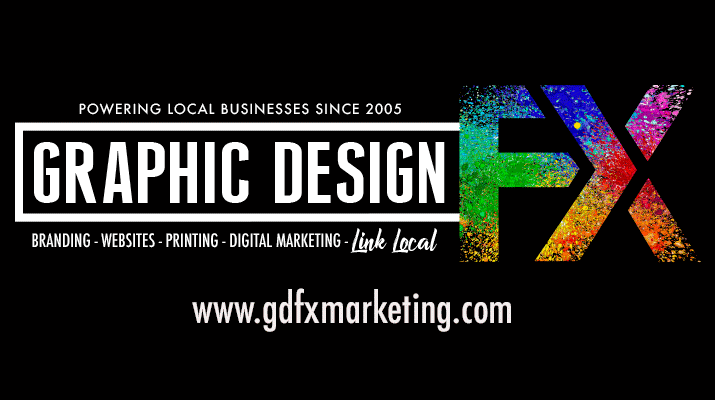 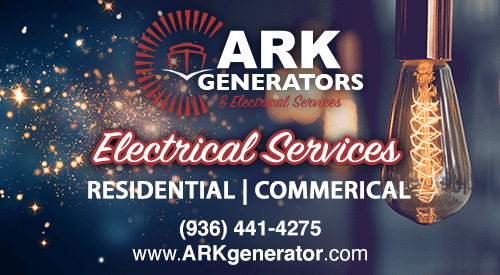 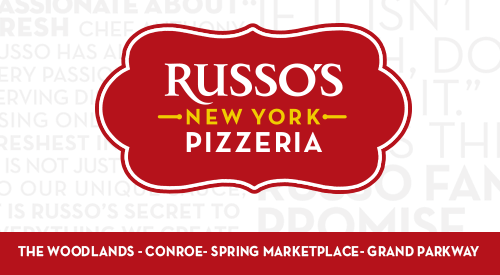 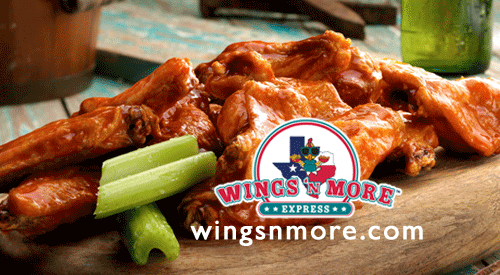 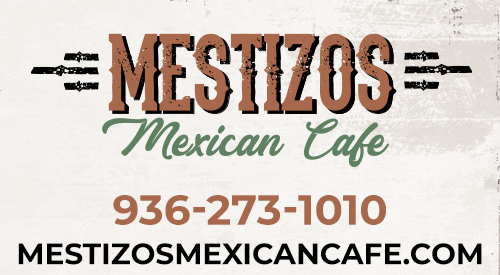